New York City. (With some growing up in Jersey on the side)

I bake. I am the pie guy at Holiday time. My apple pie is better than your mom’s. I also do, a decent impression of Boris Johnson.

Well, being from the Metropolitan area, I will root for the Yankees AND The Mets. (since both my sisters moved to New England, that could be problematic if I really cared that much. I don’t, so, it’s cool.)

*Who is someone you admire?*

My grandfather George French. A real Connecticut Yankee Rube Goldberg. My dad, and both my grandmas. George C. Woodbridge.

Littering (or leaving behind your mess for me to pick up – it’s the same really). People aren’t smart, who think they are. People who think musicians should play their club for free; “You know, for the exposure…”.

*A typical day like for you at the radio station?*

Unlocking the sticky front door lock, left handed while not spilling my coffee – getting the key out and over to the alarm pad before the frigging thing goes off – then clean up after whoever was messing about in the newsroom while I tune into news radio and the internet and learn some of what they know. Then I get to play with our “legacy” recording software to fashion some high quality audio recordings of fascinating stories for all to enjoy. I will turn on my microphone periodically to grimace along with Morning Club shenanigans. Pretending to be highbrow of course. Then it’s more news and sports for Hits95.9 and 93.1 The Legend and record more national stories to stir up with the local fare; for a morning of information and fun at the top and bottom of the hour!

*Flashback to when you were 10 years old. What do you want to be when you grow up?*

I wanted to be on the International Rescue Team. Thunderbird 2 was my jam. I would have settled to stow away on the Jupiter 2, as well.

*On Sunday mornings, you can usually find me?*

Puttering around in the studio – waiting for Cindy to get up so I can make that second pot of coffee. Then, ugh, on the treadmill…

*How do you think your colleagues would describe you?*

That guy who’s in the men’s room, for a while, every morning at 7:45? (seriously, I try to be responsible, responsive and accountable to all).

Name a few of your daily habits (other than a shower and brushing your teeth)?

Have some gratitude that I get to do some things that I actually enjoy for work now. Make sure I tell the folks behind the counter at Stewart’s, to have a nice day.

*What do you do at the Radio Ranch?*

I report the news. As written by much more hardworking and talented folks than I. 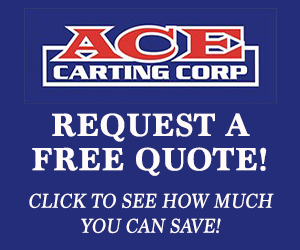